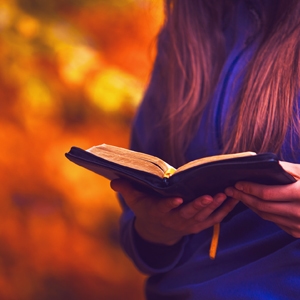 Bible stories about gratitude are great when you are looking for Thanksgiving ideas for encouragement. But you know what? Gratitude is extremely important all year round!

Nowadays, with all the darkness in the world, counting your blessings each day helps to keep hope alive. I hope these gratitude Bible stories help you to do just that.

What Jesus teaches about thankfulness

The story of the 10 lepers is where Jesus’s direct teaching about gratitude can be found.

In this incident, Jesus performed a miracle of healing 10 lepers who begged for restoration.

But when only one came back to say thanks, Jesus asked “Were there not 10?”.

To this man he said, “Your faith has made you well”.

This man got even more healing, healing that went beyond physical to the spiritual and emotional parts of him. Complete healing.

From this story we can learn from Jesus that thankfulness is a powerful spiritual exercise with great returns and those returns come from God who takes notice of the posture of hearts.

Consider this as you review this list of gratitude stories.

In the Old Testament, the Psalms become the go-to book for Scripture portions about gratitude.

But there are so many other places to find people expressing gratitude.

Here are a few.

One of the first places we see gratitude expressed in poetry and song is in Exodus.

After God miraculously delivered the children of Israel through the Red Sea and destroyed the Egyptian army, Moses and Miriam break out in praise and worship in gratitude to God.

Read about it in Exodus 15.

2 Kings 5 records the story of Naaman being healed of leprosy with the help of Elisha.

Naaman was grateful to have been introduced to the God of heaven that he offered a gift to Elisha.

Then Naaman and all his attendants went back to the man of God. He stood before him and said, “Now I know that there is no God in all the world except in Israel. So please accept a gift from your servant. 2 Kings 5:15

GET MORE INSPIRATION: 6 Meaningful lessons from the story of Naaman

While David was king, the Ark of the Covenant had been stolen by the Philistines. This was bad business for Israel.

But when the Ark was returned, David was overwhelmed with joy; he broke out in song and dance to celebrate, then he gave offerings in gratitude.

When King Jehoshaphat found himself surrounded by three armies, he was distressed.

As Jehoshaphat went out to meet the armies he appointed men to sing songs of praise and thanksgiving.

Read about it 2 Chronicles 20.

The Israelites were facing an army much larger and way more powerful than. But God gave them the victory.

Deborah immortalized it in a song of praise and thanksgiving.

GET MORE ENCOURAGEMENT: Lessons from Deborah in the Bible: Characteristics and leadership qualities

Daniel was serving in an influential government position when he faced some challenges.

The first was when the king had a dream but couldn’t remember it. God gave Daniel the very same dream plus it’s interpretation.

The next time was when his fellow leaders planned to have charged with a crime and get his punishment of being thrown to the lions.

On both occasions, Daniel could be found praying prayers of thanksgiving to God.

Daniel 2 and 5 has those stories.

Why try to run away from an all-knowing God?

But while he was in the belly of the fish, he prayed. And in that prayer there was a bit of thankfulness.

What a place to express gratitude!

This is perhaps one of the funniest Bible stories about gratitude.

After more than enough time being married, Hannah had no children.

She interceded for herself and God answered. When her baby was old enough, she took him back to the temple for dedicated, life-long service to the Lord.

After she hands him over to the priest, she breaks out in a song of thanksgiving.

READ ALSO: 10 Uplifting lessons from Hannah in the Bible

If there is anyone in all of Scripture who had more than their fair share of crucible, it’s Job.

Yet, in midst of all his pain and heartache, he could find a little bit of strength to express gratitude.

Naked I came from my mother’s womb, and naked I will depart. The LORD gave and the LORD has taken away; may the name of the LORD be praised.” Job 1:21

The New Testament deals with gratitude more directly. There are both stories and admonitions. In this post, I only mention stories though.

Mary received the best news that a woman could ever receive.

God chose her to be the vessel who would carry the Savior into the world. When this joy was combined with the miracle of Elizabeth getting pregnant, Mary couldn’t contain her worship.

Mary broke out in a song of gratitude and thanksgiving and praise.Praise.

YOU MAY ALSO LIKE: 8 Amazing Lessons from Mary the mother of Jesus

But after they were healed, only one returned to find Jesus to tell him thanks.

It was most remarkable because he was a Samaritan.

The woman with the alabaster jar

As Jesus sat at the home of Simon, a woman approached him.

She poured the most expensive perfume on his feet and used hair as a rag.

Jesus had done so much for her that nothing was too good or too expensive to show him her gratitude.

When everyone frowned at what they thought was waste, Jesus commented that only those who know what it is to be forgiven of much can have such a heart brimming with love and gratitude.

There are so many instances in the New Testament where Jesus expressed gratitude.

When Jesus was about to raise Lazarus from the dead, He prayed a prayer of thanksgiving.

At the feeding of the 5000, before he began breaking the bread and fish, he prayed a prayer of thanksgiving.

We can learn that it is perfectly fine to say thanks to God before the miracle we are asking for is complete.

Paul and Silas had already been through so much for the sake of the gospel.

They were not strangers to prison.

So when they were imprisoned on one occasion, they broke out in praise and worship.

They were chained but gratitude flowed from their hearts.

They knew that the trials they were enduring for the gospel could not be compared to the glory awaiting them.

Paul on the ship in the storm

When Paul was taken prisoner, he was being transported to another place on a ship with scores of other prisoners.

A storm was going to come. God revealed that to Paul and told him that if everyone stays on the boat, nobody would die.

Before the storm hit, Paul prayed a prayer of gratitude and thanksgiving then he shared food for everyone to eat.

How about giving thanks when you know a storm is coming to threaten your life?

Short stories about gratitude and thanksgiving in the Bible

Parables that teach about gratitude are few in the Bible. There is one little-known parable in which Jesus talks directly about gratitude and one other from which we can glean some lessons about thanksgiving.

Let’s look at them.

The parable of the master and servant

In it Jesus tells the short fictional story about a servant who has been out all day working but comes home to have his master give him more orders to make and serve before he feeds himself or sits down.

Jesus then asked, “Will he thank the servant because he did what he was told to do?”

The point Jesus was making is that when we serve God, we’re doing him no favors.

We shouldn’t be looking to hear thanks from him because it is our duty to serve.

On the other hand we should be grateful that God has allowed us the opportunity to serve him.

We should acknowledge that based on what God has done and is doing for us, our service is a reasonable response.

YOU MAY ALSO LIKE: 26 Autumn Bible verses for fall reflection

The parable of the unforgiving servant

Ever felt that you got so much grace and mercy from someone or from God that you cannot help but pay it forward?

Your heart overflows with so much gratitude that you just want to be kind to everybody.

This was not the case in parable of the unforgiving servant (Matthew 18:23-35).

The parable is primarily about forgiveness but it could also be about a gross lack of gratitude.

The servant almost got sold into slavery because he was unable to pay a massive debt. Yet, right after he was pardoned and set free, he went on to threaten someone who owed him far less money.

You see, a heart of gratitude should move us to the act of thankfulness and thanksgiving.

And that can be demonstrated in the way we treat others when we think about how God has dealt with us.

The importance of gratitude in the Bible

Bible teaching on thankfulness are many. It is especially popular in the Psalms of the Old Testament and in the epistles of the New Testament.

Here are a few lessons we can draw from Scripture about the importance of gratitude:

How did people show gratitude in the Bible

The demonstration of gratitude in the Bible took a few different forms.

I will mention only two here.

Although there is great focus on thankfulness during the month of November, gratitude is an excellent daily habit to develop.

I hope this list of gratitude Bible stories will help you start the journey. 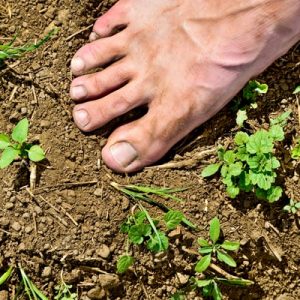 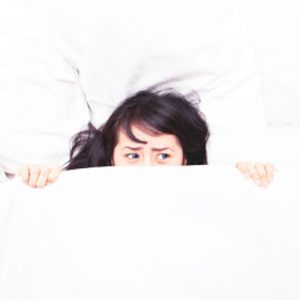 Do you have big dreams? I mean gigantic dreams. Dreams and desires you know for sure God has placed on your heart. I mean the kind that’s bigger than your bank account. The kind that makes your heart race, your palms sweaty, and your legs weak. I mean the… 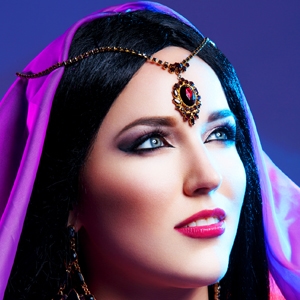 The life of Bathsheba in the Bible, that would make the perfect modern TV drama. In this character study of Bathsheba we will explore the life of this woman whose story cannot be told without mentioning the warrior-king David. Bathsheba rarely says anything early in her story. She seems… 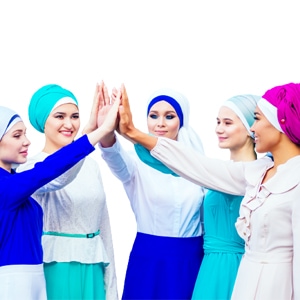 The daughters of Zelophehad in the Bible were no ordinary women.  If ever there was a list of bad women in the Bible, they would be on it. And I mean bad in a good way. These women challenged the beliefs and practices of their day. They teach so… 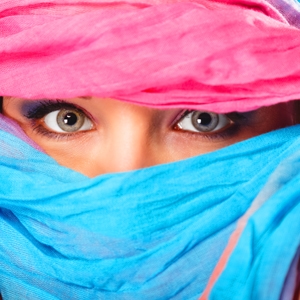 The story of Tamar in the Bible is intriguing. It’s a story of struggle and loss. But it is also a daring and dangerous story of risk, courage and victory. Through the story of Tamar and Judah, God shows up in ways that can only be described as grace…. 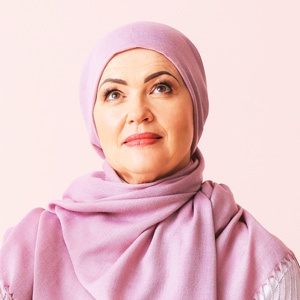 Elizabeth in the Bible is one of the heroines of faith in the Scriptures whose life reflected strong trust in God in the middle of challenging experiences. Like many women of faith, she had her fair share of fertility struggles. Her very old story speaks to us from the…