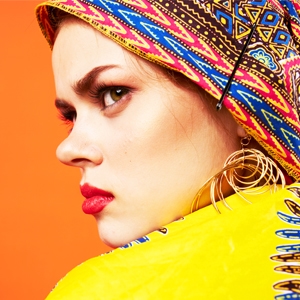 The story of Jael in the Bible was one that completely shocked me the first time I read it.

I could not believe that such violence was in the Bible. But as I’ve grown in my walk with Christ, I’ve come to appreciate that the Bible is about seeing God in the realness of our human experiences.

And isn’t our human experience filled with violence?

Let’s get to know Jael a little better and see what lessons she can teach us.

Who was Jael in the Bible?

Jael is the second female warrior listed in the Bible. Deborah was the first.

Where in the Bible does it talk about Jael?

The story of Jael can be found in Judges 4. But she is mentioned in Judges 5 as well in the song of Deborah and Barak.

Facts about Jael in the Bible

The meaning of Jael in the Bible is wild goat or wild gazelle.

Who was Jael’s husband in the Bible

The name of Jael’s husband was Heber.

What did Jael do in the Bible?

Jael is best known for killing Sisera, the commander of the Canaanite army, in a bloody, gruesome manner. She drove a tent peg through his temple.

Summary of the story of Jael in the Bible

The Israelite army had been called to battle by God. Barak, the leader of the army, needed some spiritual support to approach the army.

He insisted that Deborah, the prophetess and God-appointment judge in Israel, go with him.

Deborah prophesied that because of his weak faith, God would give victory through the hand of a woman.

The Canaanite army was strong. They had the latest technology in the form of 900 iron chariots.

On the day of battle, God caused it to start raining. All the chariots got stuck in the mud.

Sisera, the commander of the Canaanite army fled from the battle on foot. He was such a coward.

While running away, he found refuge in the tent of a woman, Jael. He fell asleep and while he slept, she killed him.

Characteristics of Jael in the Bible

What are some of the outstanding qualities of Jael based on the little that has been revealed about her in the Bible?

Jael and her family were a bit like Abraham and Sarah. They lived in tents and moved about in order to find work.

Her family made and sold tools in farming, some domestic tools and weapons as well. These things were made from metal.

In those days, women made their own tents and pitched them. There is no doubt that the tent Jael invited Sisera into was built by her own hands.

Living such a life required strong hands and a willingness to work hard.

Jael had a generational relationship with Israel

Heber, Jael’s husband, was a Kenite. He was a descendant of Jethro, the father of Zipporah and the father in law of Moses.

Therefore, Jael had some family ties to Israel. This might explain why she had no reservations about getting involved in this Israelite battle with the Canaanites.

Jael was the typical woman taking care of the daily affairs of her home.

But while she was doing that, she was very much aware of the fact that there was a battle going on.

Jael knew who the real enemy was in the fight and she also knew that battles can be very unpredictable.

So when Sisera approached her tent, she knew exactly who he was and what she needed to do.

Jael broke the rules of hospitality

In that culture at that tine, when a guest visits your home, it’s your responsibility to protect them, even at the expense of your own life.

Remember the story of Lot and the angels? He was willing to give up his daughters than hand over his guests to the men of Sodom.

When Sisera showed up, this should have been the case. But a few things happened that are important to understand the story.

First, Sisera should have gone to Heber’s tent. This was the best way to secure hospitality and protection.

Heber was the head of his home so he was the only one to really offer that. But he went to Jael’s tent instead.

Second, Sisera went to the tent of a woman. This shows how desperate he was to not be found.

In those days when men had multiple wives, each woman had a tent for herself. A woman’s tent is the very last place anybody would look for a fugitive or a runaway army commander.

Finally, Jael’s husband very likely had a good relationship with Sisera. This is perhaps why he felt safe and comfortable in her camp.

Killing Sisera was the ultimate betrayal of a guest.

Sisera was a warrior. Jael was no match for him, neither in size nor military strategy.

There is no doubt that he was bigger and very much stronger than Jael. There is no way that she could win a physical fight with him.

She didn’t attempt to beat him with a strategy she knew she was not going to be able to use to win.

Instead she used things like the fact that he would trust a woman easily. She made him comfortable. Feminine hospitality is a powerful thing to a man.

When he asked for water, she gave him milk. And not just any milk. It was full fat milk in a large bowl. That would put him to sleep, a very deep sleep.

Then she tucked him into bed like a baby.

Then she used a tent peg and hammer. These are tools she knew how to use well because she made tents.

But who would have thought that these tent-making tools could become such terrible murder weapons?

As horrible as this was, we have to appreciate Jael’s wit and bravery.

Lessons from Jael in the Bible

The story of Jael in the Bible is short but it is power-packed with lessons about spiritual warfare.

Here are a few tips for when you find yourself in a battle with the enemy of your soul.

In spiritual warfare, know the enemy

In spiritual warfare, you have to know who the enemy is.

As I said before, Jael was vigilant so when Sisera showed up, she knew him.

He wasn’t just a regular visiting guest. He was the enemy.

Sometimes in spiritual warfare, we can mistake our spouse, children, friends, family, and coworkers for the enemy.

Yes, trouble might come from these people but if that is the case, they are only instruments in the hands of the enemy.

In spiritual battles, the enemy often comes disguised. You will need to know the difference.

Never play around with sin during spiritual battles

From the time Sisera entered Jael’s camp, each of her moves were calculated and strategic.

She was not about to play around with this evil man.

So it is that we should not play around with sin and iniquity in our lives.

We have to be vigilant and calculated in killing it. Otherwise, it will continue to harass us until it destroys us.

And if we really want to see victory, we have to really put away sin.

Use what you have in battle

Jael was no warrior. She was a tent-making woman. She was nowhere near ready for a battle of any kind.

But when trouble came knocking, she used what she had.

Jael used the trust that Sisera had for her. She used a bowl of milk and a tent peg.

Those were just about enough to bring her enemy down.

For Moses, it was the staff in his hand. For Elijah on Mount Carmel it was the power of prayer.

If you are in a spiritual battle, what do you already have that you can use?

Have you ever read any of David’s prayers?

As Christians, we often like to focus on living at peace with everyone.

But this is not realistic. If we are honest, many times our enemies want to see our destruction.

The fact is that they will not let up until they have accomplished their goals.

And when God steps in, His goal is to bring an end to the battle once and for all.

Those enemies who are relentless in pursuing the called of God will be temporarily or permanently taken care of by God.

He will step in and destroy either them or their plans for you.

God can use human evil for his purpose

Jael was some kind of woman. The way she killed Sisera was really gruesome and inglorious.

You could even say the fight wasn’t fair. After all, a sleeping man cannot defend himself.

She manipulated the trust that Sisera had for her.

Heber, Jael’s husband, had a good relationship with the Caananites and that’s why Sisera felt comfortable to find refuge in their camp.

The truth is that Jael violated that trust and jeopardized the relationship that her husband had built.

Yet, God used this to accomplish the purpose of delivering Israel from the evil grip of the Canaanites.

God used the evil in the hearts of Joseph’s brother’s to make his dream come to pass.

God used the evil fight between Rachel and Leah to further the promise he had made to Abraham.

Because God has a million ways to solve one problem.

Final words about Jael in the Bible

The story of Jael is quite an usual one. But it holds so many lessons about spiritual warfare.

She is considered one of the outstanding female warriors of the Bible next to Deborah.

And when it comes to slaying spiritual dragons, this is the kind of courage that God wants us to have. 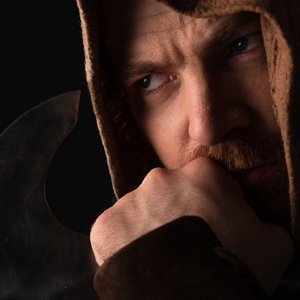 Lessons from the story of Naaman are very applicable to our lives today. Although these events unfolded long ago, if we look closely, many of us can relate to Naaman and the plight he found himself in. In this post we will be exploring six things we can learn… 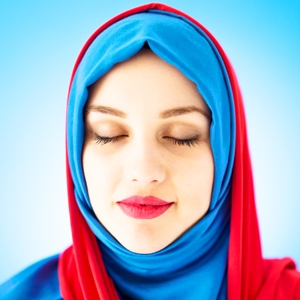 There are just about a dozen verses in the Bible about Jochebed. Yet, she stands out as a powerful example of faith. Jochened’s story is  empowering for many women and mothers who trust God to take them through each day. What powerful nuggets can we draw from her life… 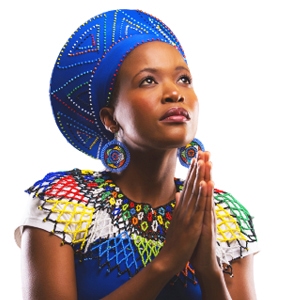 The story of Hagar in the Bible is one of the most heartbreaking. If it were a movie, there would be no dry eyes for much of it but it would end with promise and hope. There is so much encouragement in Hagar’s story. Let’s get into it. What… 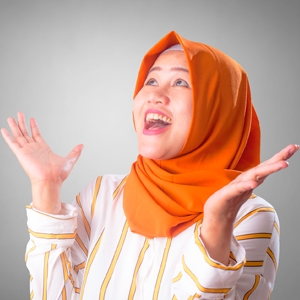 The Widow of Zarephath lessons that we will explore in this post might challenge you. If you are going through a rough patch, you will find encouragement. More than anything, the story of Elijah and the Widow of Zarephath can teach us a lot. Yes, they are Bible characters… 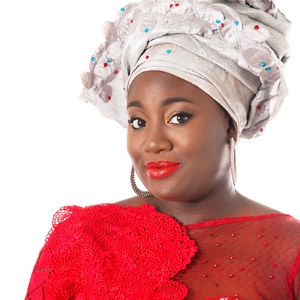 The lessons from the life of Sarah in the Bible are all so interesting because her story is filled so much drama. It is hard to separate her from Hagar and her husband. But in this post, we focus in on Sarah’s characteristics and what we can learn from… 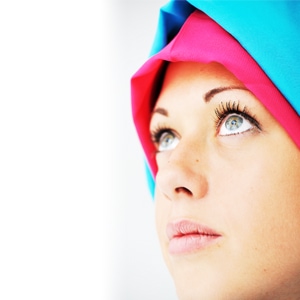 These lessons from the woman with the issue of blood in the Bible will empower, encourage and inspire you. The story of the bleeding woman is one of the most moving in the Scriptures. There is hardly a person who cannot relate to struggling with something for a long…